The snow has swept across Europe causing troubles and wonders. Paris looks so beautiful in the snow, and, as it doesn’t happen often there, it seems that everyone took a day off to go to the park, make a snowman, take a photo and post it on Instagram. Snow has fallen on the deserted beaches of Barcelona and has created chaos in the north of Catalonia. It was a protagonist on the Catalan news last night. Also in Moscow the extreme volumes of snow created problems for the traffic. As we sit here in our Norwegian homes and watch all these breaking news on tv, I wonder: when will they come here and film our snow? 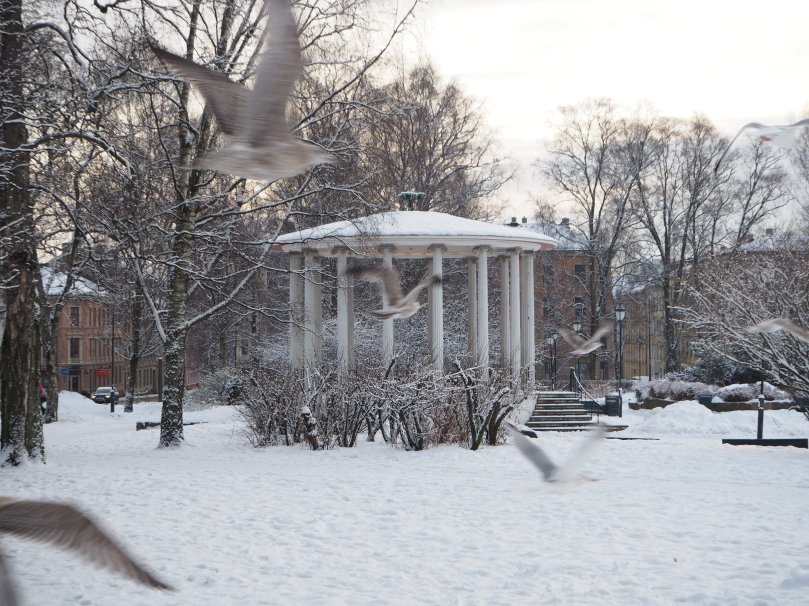 Maybe, never. Who cares about snow in Norway? We have seen snow records, we have seen snow falling in April and in May. But who cares to make news about it? So unfair! *ironic emoji* But this winter has been full of surprises also here, in the North. It must be said, that the winters recently have been mild and lacked snow. The ski weeks in my school were planned for February every year – and never took place, every year, because of the snow absence. But this year, my oh my, we have seen weather playing with us like never before. First, it snowed a lot, heavy and fluffy. It felt magical to walk in the snowfall, but one must be careful walking on the street, because the avalanches can fall from the rooftops. After a couple of beautiful days the weather got milder and it rained, turning the thick snow layer into the ice. The streets were a mess, the best wear was rain boots because there was so much water. But underneath the water was ice, so it was better not to walk at all. That very day many people were walking in the bicycle lane, and many of them looked pissed. The snow avalanches from the roofs became ice avalanches, so I preferred walking on the road/bicycle lane than being threatened by huge ice cubes. Then it got colder again and more snow fell. Then it got milder again, with melting snow, icy streets and rain. Then…it got -10 degrees, freezing all that water, and the streets  turned into skating rinks for a week. Piu, breath out.

There are two more winter months to go (March is considered winter in Norway), but I feel already a bit exhausted by the winter. And very ready for the spring. I also wonder at how different one thing can seem depending on how much you get of it. When it is seldom like snow in Paris everyone is happy, playing in the snow, exclaiming “Oh, so pretty!”. When you get a lot of it, like here in Oslo, you go: “That shit again?” and “I am so tired of shoveling snow!”. When we like something, we want more of it – but maybe, it is better for us to get less of it? So that we can truly appreciate it 🙂 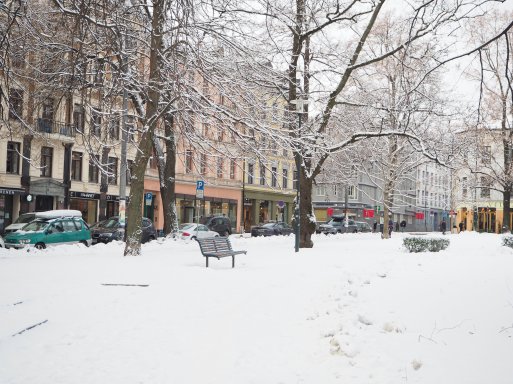 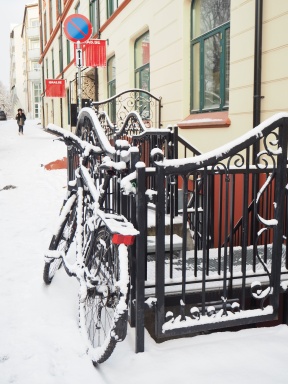 While I am hungry for the sun, I want to stop and appreciate what I have here and now. And this is – surprise surprise – snow. It is pretty, I cannot disagree. It makes the city look clean and beautiful. Especially on a sunny day which I got lucky to capture. This is what I want to share today: my mundane prettiness. Trees in the snow, the river where I usually walk, that pale and shy winter sun. I wish I had more colors to share, and one day I will. But so far – let me stop here and admire the beauty of the things I know way too well. That simple geometry in black and white.

May you walk in beauty. May you find it anywhere you are right now. May you love your days of black-and-white and the days of color alike. I wish it to myself too 🙂

10 thoughts on “May You Walk in Beauty: Snow”