Maybe, not everyone has a dream city, but I have always had. One of them was – and is – Paris. That case when your dream of Paris is bigger than the city itself. I have been several times in the City of Light, and still my thirst has not been quenched. Of this I was reminded recently when a book title started to pop into my eyes.

The book title is “A Paris Year” by Janice MacLeod. It appeared in several places, like a little case of synchronicity. The book is partly a journal, and partly a visual memoir, filled with photos and author’s drawings. I just have to get this book in paper and hold it in my hands. And imagine that this is my journal from the future. Because it looks like the author is living my dream. 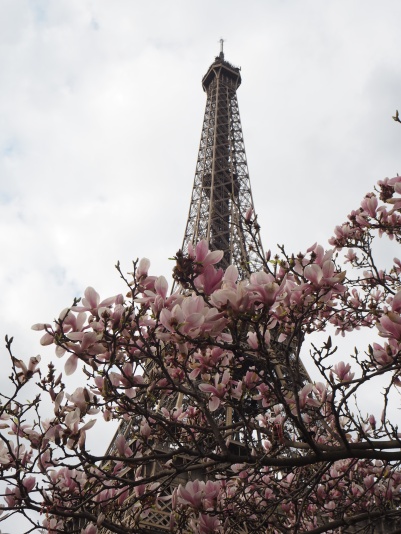 I have always had this dream of living for some months in Paris, taking a course in painting, arts and French. I saw myself making breakfast to a sound of a French radio, sipping coffee in a place where every waiter knows me, painting in the open air, standing in awe in various museums. I have been dreaming this – and here is the person who lives my dream! Janice has taken her savings for spending a year as an artist in Paris. Doing exactly what I saw: sipping coffee and painting in watercolor. How is it possible that someone else is living your dream while you are dreaming it? (though I have to be realistic, a dream of being an artist in Paris is not a very exclusive or original dream. It can even seem like cliché, but still, how can I stop dreaming it?)

My mind has taken me back to my memories of Paris. I remember the first time I saw it – and was slightly disappointed. My Paris, a Paris in my head and my chest, was way bigger than the one I saw. It was in year 2003, when I was au pair in Hamburg and saw a sign in the bus “a day trip to Paris – only 40 euros”. Here was I, 22 years old, on my first year in foreign country, trying to save some money from what I received – and Paris was just some 40 euros and a bus trip away. My guest family gave it to me as a present: a 2-days trip to Paris. On the bus the guide has put me next to another girl, because I was travelling alone, when everyone else – in couples. And the girl turned out to be Russian, also an au pair, and we had great time together.

I still remember my first view of Paris. When we were driving into the city at 6am, through the sleepy streets, with the shops covered by the metal curtains, and the walls covered by graffitis. Not romantic, empty, strange – but this was Paris! And then we were standing on Montmartre, by the church of Sacre Coeur, watching the sunrise over the city. In the crispy September air. Empty, strange, full of morning light – this is my first love sight of Paris. Later I learnt it as noisy, full of people, full of traffic, too grand, too beautiful. But my first imprint is this: empty, strange, full of light and crispy air.

We spent only one night in some cheap hotel, in a noisy immigrant neighborhood, we saw too little and then went to Versailles, and then went to Hamburg. I was not impressed by what I saw, everything seemed smaller than in my dreams. Champs Élysées was too short, Eiffel Tower was too small. But it was not what I saw, but what I felt, that kept butterflies in my stomach. Strange beauty, streets promising new dreams.

On my second time to Paris, some 8 years ago, I spent a week there. I was a student then, and I stayed in Woodstock hostel, close to Montmartre. On my first night the guys in the kitchen said to me: “let’s go and drink wine by the church”. And I went, and we shared wine from the supermarket in the plastic glasses, and the crowd was huge on the stairs by Sacre Coeur. First time – sunrise, second time – after sunset. First time – empty, second time – full. All in the same spot. 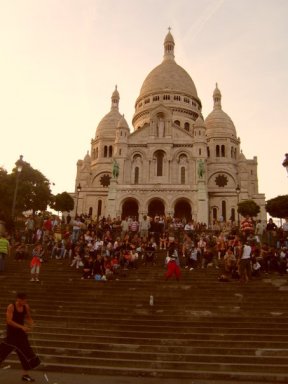 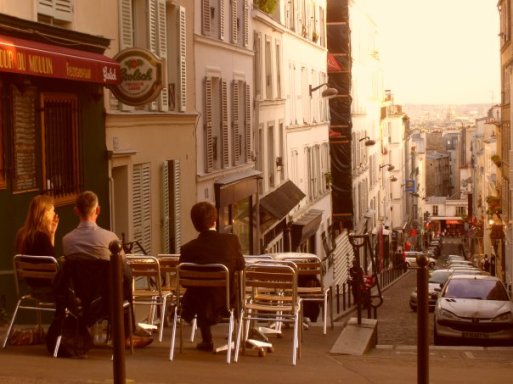 During that stay I roamed so many streets. I met German girls and they promised to take me to the sights of Amelie (I am in love with that movie, which is of little surprise). Then suddenly they had to leave, and I was left alone in my quest. Somehow I stumbled upon the shop where Amelie buys her vegetables, and the owner ran out to take a picture of me with the place, and then a picture with him. He wanted me to send him the photo, making me compliments in French, and me – answering in my rudimentary French that I picked from my many attempts to learn in on my own (I bought audio-course in Germany and got a book in Austria). There I got directions to the bar where Amelie worked, “Les 2 Moulins”, and I was lucky to have the address because it didn’t look like in a movie at all, squeezed on the busy corner. I drank cappuccino sitting on the stool by the bar, because there you get the cheapest price (the price depends if you drink on the bar, by the table or on the terrace).

the station where Amelie lives

I was so happy and inspired, scribbling in my notebook, and the worker taking a coffee by my side told me “vous etes tres jolie” before leaving. Sure, many tourist girls hear that from him and others. But for me it was not many, so it was so precious. The barista was asking me questions, and I was able to answer them (wow, that audio-course did work!). Together with the change for my coffee he gave me a paper with his number on it. I was both proud and humbled. Proud because I would show that paper to my grandchildren and tell them of my adventures in Paris. Humbled – because I had no wish for a date, but I wanted to come back for coffee. And coming back for coffee would look strange now. Like “you didn’t call but you are back. Why? Have you lost my number?” (I wonder how many girls got the number from that guy?) 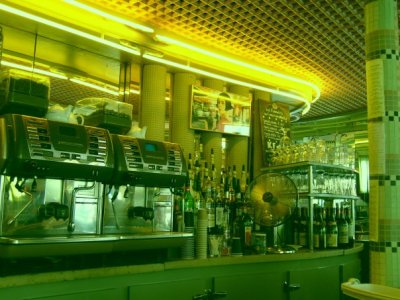 There was an artist who drew my portrait for free and wanted to kiss me in the park for that, there were new friends, a girl from States and a girl from New Zealand with whom we walked through the city and laughed our way, there were garbage-car drivers sending us air kisses early in the morning. There was also my third time in Paris, with my man, last spring. I booked a foodie tour and we were eating our way through the city, from cheeses to delicacies of the Basque country, to caramels and profiteroles.

And still I have hunger for that city. Hunger for its food in little local restaurants, for its specialty sweets served by the salesmen in white gloves with solemnity of museum keepers. Hunger for small streets, the beauty of shop windows, the smell of bakeries, the greeting of waiters. My dream of Paris is still bigger than what was given to me by the city. Just like when I first saw it, in the morning September light and air – empty, strange, exciting, promising. I need to go buy that book and give food to my dream!

Do you have your dream destination that is bigger than the place itself? Let me know in the comments!

waiting for the train 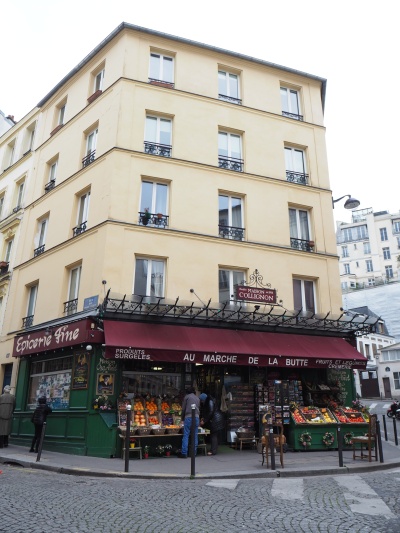 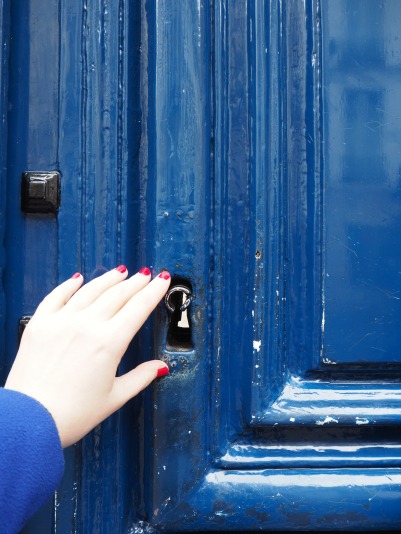 the key to his heart 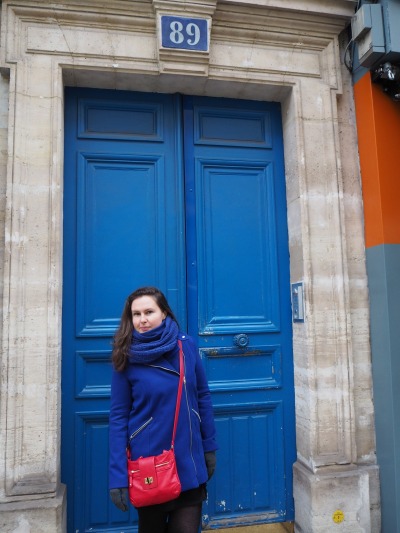