Some time ago I stumbled upon blog post by a Russian make-up blogger where she was discussing natural aging and surgery methods for staying young. Her position was firm and clear. The blog had a compilation of celebrity photos: those aging naturally versus those who use plastic surgery and the botox injections, – and the former seemed to be losing the game. The author argument was like that: there are many natural processes in our body, like body hair, which we don’t accept and fight, by epilation or shaving. So natural aging is not better, and should be fought by all means. In her comments a man supported that point of view: “It is the strongest that survive. So if you can find the means to look young and beautiful – of course, you should use them!”

My reaction was strong and emotional. I had a recollection of the culture where I grew up, the culture that believes in “survival of the fittest”, and for a moment I felt thankful for living in a different reality. I was born and grew up in the city in Eastern Ukraine (Soviet Union then), with the strong Russian culture and language traditions. It was that kind of place that make (Western) Europeans gasp and wonder. Why do they do it? Why – in the country with an unreasonably low wages – do the guys have the latest versions of smartphones? Why do girls look like they just got out of manicure salon, balancing on high heels in the mess of bad pavement?

Because this is Eastern Europe, I would say. A place where you must impress, you must fake that you are richer and cooler than you are. And since people don’t have enough money to impress with houses or cars, they would impress with phones and clothes. The streets can be messy, but on every corner there would be a barber’s shop, a beauty parlor or a solarium. And nowhere else but in my city will you see a girl on high heels, with a party make-up and sexy gear, heading to her usual office job on a Monday morning.

I come from a competition culture. You have to prove yourself. You have to impress. Wherever you go you try to signal that you are rich, tough and superior. Otherwise you will be considered a loser and gain no respect or even decent service. While some may support this “jungle law”, I got tired of it. Because it is tiresome! Either you pretend you are something, or you don’t – but it is also a fight. In my culture there was little accept for “just be yourself” thing, so that choice felt like a fight. And all that takes so much energy.

When I moved to Norway, first as au-pair, it took me some months to recollect the fact that I was in one of the richest countries of the world. Here I was, in the coastal town of Haugesund, looking out of the window – and I could not see the signs of the superior richness. There were nice wooden houses. But no huge mansions or little castles with towers and princess balconies that rich people of my city were building. There were cars, usual cars, but where were the jeeps and cars size of a cabin, that were filling the streets of my hometown? Then I moved to Oslo, the capital, but nothing changed. Still no private castles, no oversized cars, no impressive street fashion. The big thing of discussion in Russian community in Norway was the style of the females. No make-up, no high heels, no sexy skirts or dresses. Matching sneakers and backpacks with everything (it was 10 years ago, when sneakers and backpacks were still dreaming of entering the fashion world). Easy relaxed style. Dressing up only on Saturday night.  We, Eastern Europeans, had a hard time accepting it J. In a rich country of the world the people were not flashing their richness. Unbelievable! 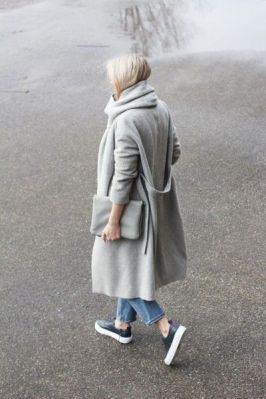 Processed with VSCOcam with a9 preset

For a long time I considered that attitude to be strictly Eastern European phenomenon. The history of Turkish and Mongolian invasions, I would say. The influence of luxury lifestyle popular in Middle East.  The closeness to Asian culture. But now and then I am reminded of another great country with that culture of competitiveness and impressive consumption, which is not Russia. Which is the United States.

Just yesterday I was talking to an Italian who is often in L.A. to visit his girlfriend, and his description is this: “Everyone wants a bigger house, a newer car, you have to impress and be better than you neighbor. And you have to earn a lot of money, otherwise it is a hard fight”. Wait a minute… That rings a bell. So you don’t buy the latest smartphone to impress your buddies but you buy the latest car. And you don’t wear party make-up and heels early on Monday morning – but you buy a lot of stuff for the house to impress your neighbors. Really? Is that so much more different? (ok, the example is from L.A., which is not a good picture of the whole country. But is it very different from the rest of the country?)

Back to Norway and back to Scandinavia. What is different here is the attitude. It is more about community and social support than a competition. More about respect for individual as she is, than impressing others in order to get respect. High value of human rights and strong tradition of welfare state and socialism (and, yes, there are downside to this too, people using the system and so on, but where is it perfect?). The “humanness” of the culture, the value of a person with her imperfections, the simple and authentic choices. Which reflects in the personal style and way of living.

Now as this Scandinavian concept of “hygge” is becoming popular around the world, the Scandinavian lifestyle makes people curious about it. My guess is that the core of it lies in this idea of being authentic and unpretentious, because you are valuable just as you are. Like the author of well-known bestseller on hygge “The Cozy Life”, Pia Edberg, puts it:

“There is no need to seek approval or impress anyone. Sometimes, in North American culture, we feel the need to prove how successful or interesting we are to everyone else. But this is not the case for hygge. When you hygge, you indulge in the moment without worrying about being anyone but yourself. You’re carefree and at ease, accepting and accepted for who you are, not the things you have”.

As Ikea catalogs put it when they make the images of chairs in different styles around one table where the people will get together. It is not about the polished look, it is about a cozy time with others. 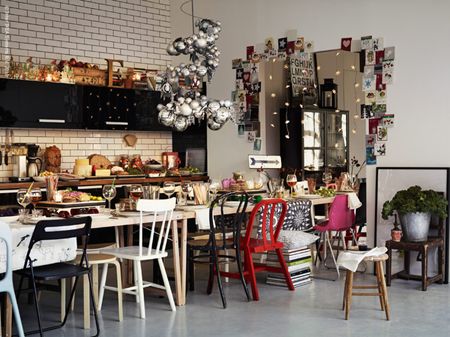 For me, this is the heart of Scandinavian style: the natural materials, the unpolished looks, the simplicity, the raw, used character of things, and the coziness. In fashion, in interior design, and in lifestyle. It is not about running around on high heels, achieving and succeeding. It is not about impressing others with your latest purchase, bag or gadget, or whatever. It is finding your way to live your life – in a relaxed and easy manner that reflects you and your values.

P. S. The discussion of culture is a tricky thing. To show culture to someone is as challenging task as showing water to the fish. You don’t see your culture, because for you it is “the nature of things”, and all the elements, even the foreign and weird ones, can be placed in the system. I am sure, that Russians can defend the competitiveness calling it “the search for perfection”, and North Americans can call the Norwegian relaxed attitude “laziness” or “sluggishness”. So is there any point in this discussion? I guess so, because as we bring different cultural voices together, we can create new choices and thus a new freedom, where people can choose attitudes and design their own lives acting upon them.

19 thoughts on “Dress to Impress Vs. Scandinavian Relax”